A ‘Day in the Life‘ of Apprentice Scarlett Hills Brooks 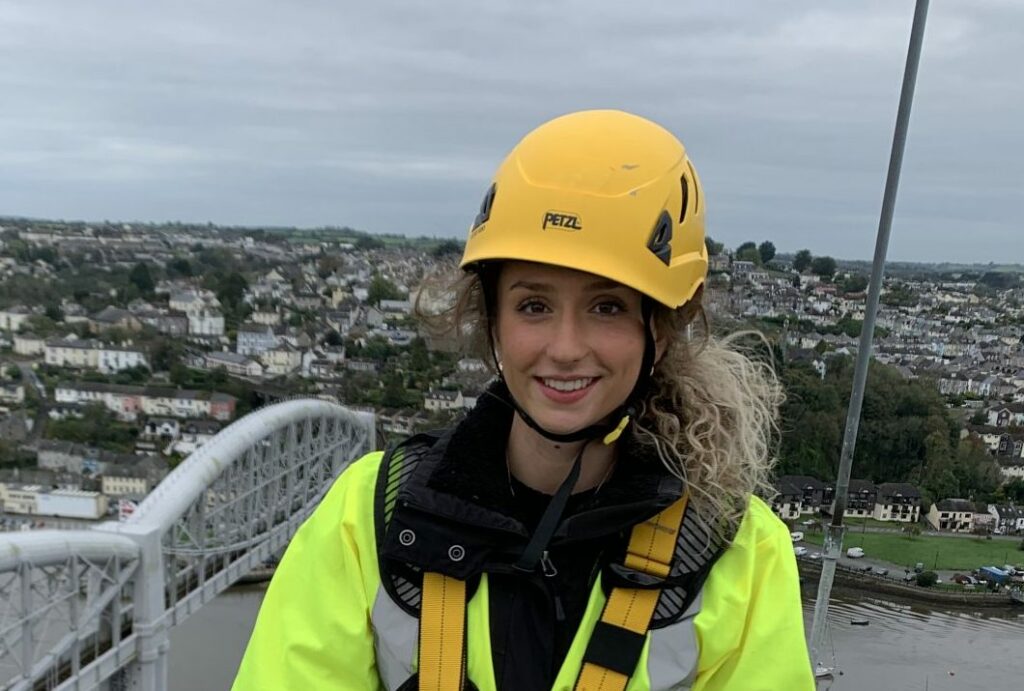 Based in the Cornish town of Liskeard, journalism apprentice Scarlett Hills-Brooks is responsible for gathering news from across the local community as she works towards her formal journalism qualifications. She talks about the progress she has made through her apprenticeship, the appeal of “earning while learning” and the appeal of reporting on her local area for Tindle Newspapers.

What are the main responsibilities in your role?

As a reporter I am responsible for reporting on local news stories, producing news photos and articles for the Cornish Times and the Cornish & Devon Post. I speak to lots of different people about potential stories that are interesting. Some people contact me with stories so I speak to them or even go to see them. I also monitor social media, as Facebook community groups are useful sources of news. I am keen on equestrian sports so I have built up a lot of contacts around these sports, which brings news stories. My role involves getting out to events to report on them, ranging from attending comedy nights through to the chance to go up the towers of the Tamar Bridge between Devon and Cornwall for its 60th anniversary.

What does a typical day in your role involve?

I get to the office for 9am and catch up with my editorial and advertising colleagues. My immediate tasks include updating our Google Showcase panels, which is on the aggregation platform that allows users to browse and follow different publications. I update this platform every morning and evening. During the Covid pandemic I was responsible for updating the Covid news and information section on our website.

I also run interactive Facebook groups for both newspapers, which allow readers to send in photos based around a theme set each week, with the best ones being published in our titles. On other social media, I manage our Instagram accounts. The focus throughout the day is on finding and reporting on news. I look at the pages of the newspaper which I have to fill, beginning to research the news which could be used. My day includes calling and emailing people, which some of the stories being uploaded to the websites.

How did your apprenticeship come about?

I saw the opportunity advertised online, having graduated from university in photojournalism. As part of my degree course I focussed on documentary photography so I had not covered news and reporting before. I was pleased to be accepted on to the apprenticeship as I was keen to report on the area where I live. My apprenticeship will result in qualifications recognised by the National Council for the Training of Journalists, including shorthand, law and essential journalism, which covers all the techniques needed to produce news stories.

I work at the newspaper throughout the week, with Wednesdays set aside for college courses which are conducted virtually on video calls. The formal training, which will last for 18 months, has all been funded by Tindle so I am able to earn while I learn without the need to take on further debt.

What have been the benefits of doing an apprenticeship with Tindle?

Working as an apprentice with Tindle has been a great way to get involved in the local community while gaining insights into journalism, learning about both newspapers and online news, which has opened up the news industry for me. The apprenticeship has been a good way to build contact with people in the community where I have lived for my whole life. It has been a great way to meet local people and know what is going on. I enjoy my job and it has allowed me to take on more responsibilities. With our newspapers being so local, I have also got to report on stories which probably would not have reached wider audiences, such as a man who contacted us for a piece thanking the NHS for the care he had received while ill. It meant a lot to him to thank the staff through our newspaper.

What do you enjoy about working for Tindle?

I enjoy working with people in my team. Everyone has been so friendly and helpful. I like having some free rein and the responsibility to do my own work. I don’t get told exactly what to do and have the scope to make my own judgement. I am encouraged by the editors for my titles, who have acted as mentors, encouraging me to find stories and news.

What has been the most memorable occasion where you have reported on a story?

I have been in the right place to get photos of news in Liskeard like a car crash on the High Street, or photos of a fight involving a police officer in the town. I have my photojournalism training to draw upon but have expanded my news skills to develop as I learn.