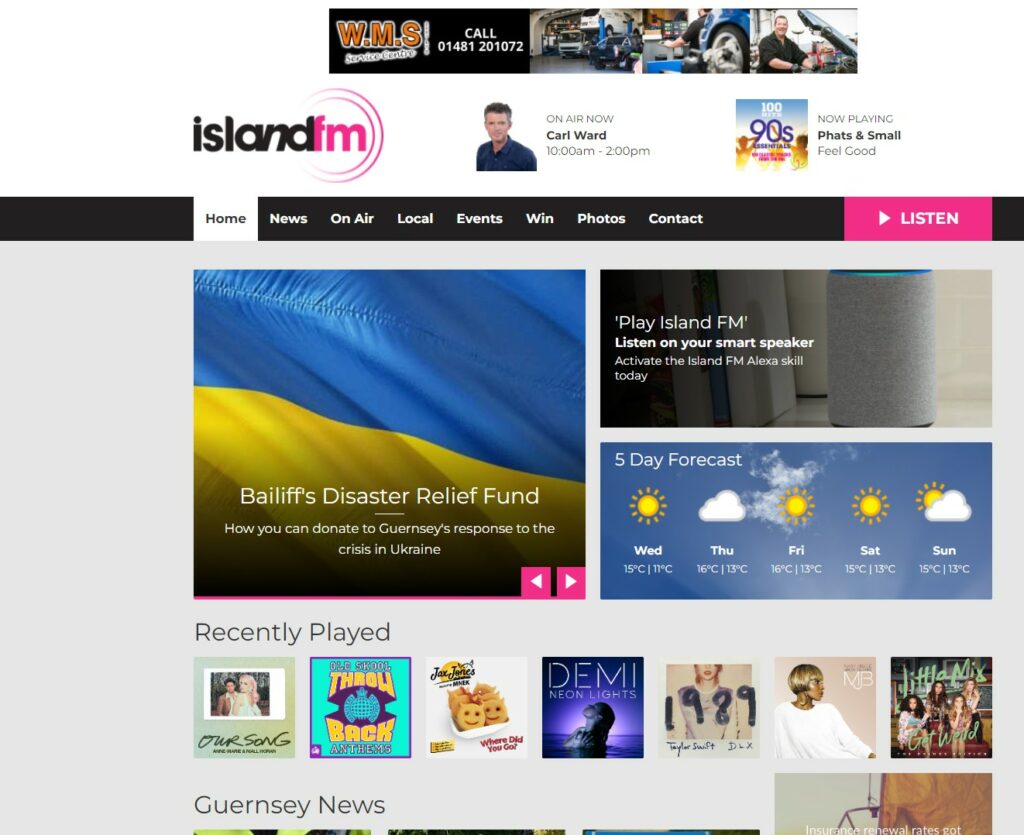 Guernsey’s Island FM now has an impressive 53% of the bailiwick tuning in each week, with listeners tuning in for longer than before according to the latest RAJAR* numbers.

It’s a double dose of good news for the Guernsey station, part of the Tindle group, as the market share of 32.1% is the highest of any radio station in the British Isles.

Today’s figures also reveal that sister station Channel 103 in Jersey has the biggest weekly reach percentage in the British Isles – with 55% of islanders tuning in – with each person listening for longer – tuning in for 12.4 hours every week.

Tindle Radio Pan-island Managing Director James Keen says: “Today’s figures reflect the continuing hard work by the teams in both islands, on and off air.”