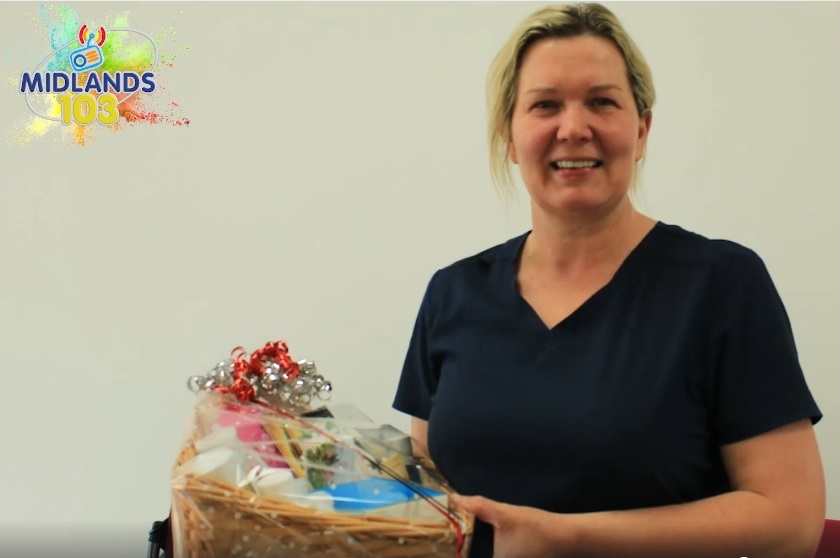 Popular Tindle radio station Midlands 103 has celebrated the best of its local community with a series of engaging listener-driven campaigns.

The station, which bills itself as “Feel Good Radio”, serves the communities of Laois, Offaly and Westmeath in Ireland. Midlands 103 has honoured the most outstanding healthcare workers and the best dads in the region, while celebrating the town of Mullingar and gathering entries for a forthcoming customer service competition.

A nurse from County Offaly was selected by more than 122,000 listeners as the most outstanding healthcare worker in Ireland. Midlands 103 partnered with the Bridge Shopping Centre to award Anne-Marie Coughlan a stunning hamper live on air, after she was selected following a week-long search during the #celebratenurses celebration.

Working as a palliative care nurse in Tullamore, Anne-Marie was nominated by a listener for “her outstanding help and support” during multiple losses in her family. Speaking on air, Anne-Marie said: “I love what I do so it is easy to get up in the morning and do this but I’m just one of so many others.”

You can watch the big reveal here.

For Father’s Day, the Midlands 103 team worked with Gerry Browne Jewellers to find a worthy recipient of gifts. Brian Kelly won a hamper of goodies after being nominated by his daughter Jane, who called him her “rock”. Watch the video here.

Midlands 103 has also launched a multimedia campaign to support Mullingar Chamber of Commerce and its members. Entitled #lovemullingar, the initiative involved a live broadcast from the town centre, presenter talk-ups and social media competitions.

Using its drone, a new addition to the Midlands 103 team, the station also captured beautiful aerial shots of Mullingar in a video targeting potential entrepreneurs and investors. To view the video click here.

Judging is underway for the 2022 Midlands 103 Customer Service Awards after more than 10,000 nominations were received during the month of May, an all-time record response.

The lucky winners will be announced at a gala ceremony in the Midlands Park Hotel, Portlaoise, on July 4th. A limited number of sponsorship opportunities are still available after new categories were added due to popular demand.

Will Faulkner, Managing Director at Midlands 103, said: “The team have been delighted to work with our sponsors and partners to celebrate the very best of the region where we live and work.

“The message of Feel Good Radio guides everything we do, not only in our relationship with listeners but with staff and clients as well, so it has been a pleasure to share so many positive stories from within our community.”