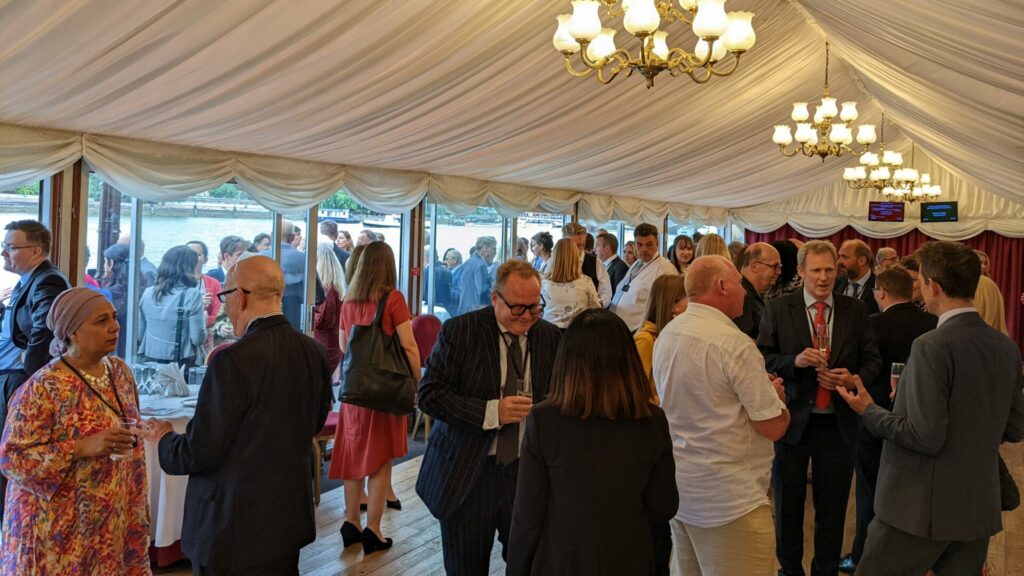 Tindle Newspapers were represented at an event for the National Council for the Training of Journalists as it celebrated 70 years of delivering high quality journalism training.

Group Digital Editor Emily Woolfe was among the guests at a celebratory reception at the Houses of Parliament in London on Wednesday 6 July, alongside supporters from across the media and journalism education and training.

Established in 1951 to run the newspaper industry’s trainee programme, the NCTJ now serves all media, providing an education and training system to equip journalists with the skills and knowledge needed in the media. The reception had been postponed from November, due to the pandemic.

Having worked with the NCTJ to develop its editorial staff for many years, Tindle recently joined the Community News Project (CNP), the journalism recruitment scheme funded by tech giant Meta, to create new community reporter roles.

The CNP was launched in 2019 as a partnership between the NCTJ, Meta (formerly Facebook) and regional news publishers to support quality local journalism and improve the diversity of UK newsrooms.

Tindle Newspapers has recruited three CNP reporters who will serve the farming communities around Newton Abbott, and locations in the Tamar Valley and Wellington in Somerset. Recruitment is still underway for a fourth CNP reporter, who will focus on the more traditional, remote – and often Welsh language – communities around Aberystwyth.

Managing Director Scott Wood said: “We value our partnership with the NCTJ so it was great for Tindle to attend the celebrations of more than 70 years of success in preparing journalists for the changes to the media industry.

“As a trusted community publisher it is vital that we have editorial staff who have the skills to report accurately on the events in their local areas. Working with the NCTJ ensures our journalists can provide fair reporting which is respected by the people living locally.”

Emily Woolfe said she had enjoyed the event, which took place as speculation grew around the future of Boris Johnson, who resigned the following morning after mass resignations by Cabinet colleagues. Emily said: “It was wonderful to be back among our colleagues and peers, although there was really only one topic on anyone’s lips!”

The NCTJ’s professional awarding organisation function, including apprenticeship end-point assessments, is recognised in England by Ofqual, in Northern Ireland by the Council for curriculum, Examinations and Assessment, and in Wales by Qualifications Wales.