Tindle team out in force for Crediton Diversity Festival 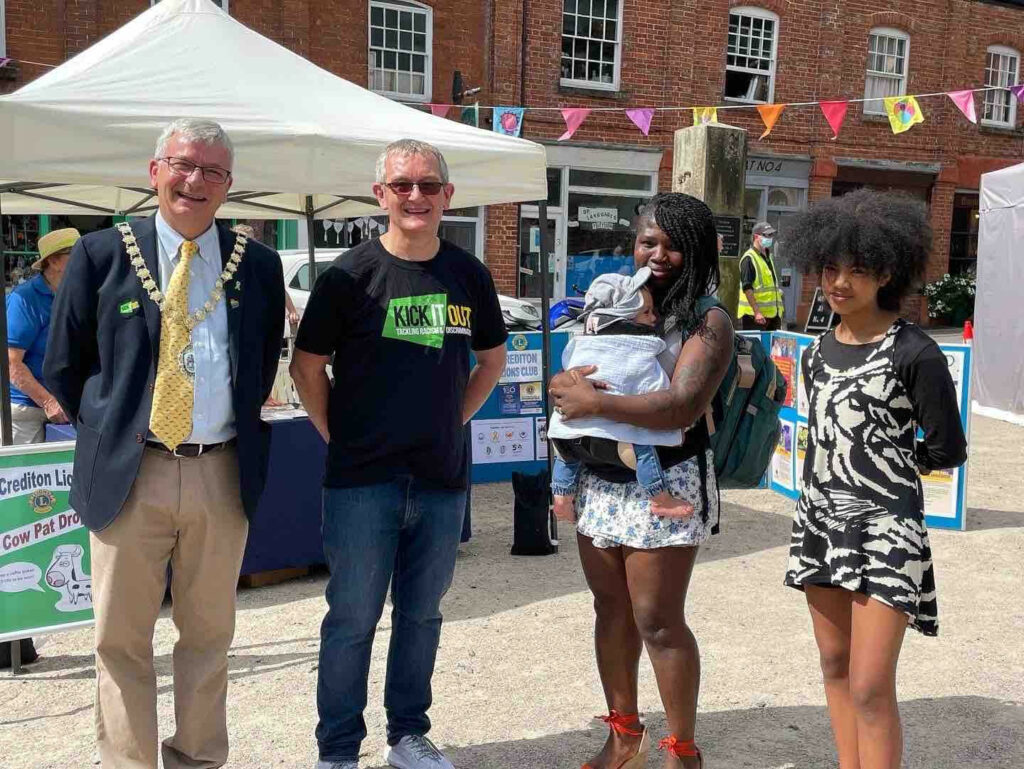 Music and fun in the sun, plus interesting advice and informative stalls kept people entertained at the fourth Crediton Diversity Festival, which was held on the town square during soaring temperatures on Saturday, July 9.

The festival, organised by Crediton Courier editor Alan Quick, was set up to celebrate diversity in the region, as well as inclusivity, equality and mental health.

Attending was the Chairman of Devon County Council, Cllr Ian Hall and Mrs Hall, who enjoyed visiting all the stalls, talking to many people and listening to the music. Afterwards they said they were pleased to have supported the event.

Mr Hall said: “Many thanks Crediton.  So many inspirational people and community groups, diversity, inclusivity, equality, mental health. Thank you all for all your tireless work to benefit all of us within our wonderful County of Devon as well as Crediton.”

The Courier was represented with a stand staffed by Tindle Newspapers colleagues.

Organiser Alan said that there was a very friendly atmosphere at the Festival. He also thanked Crediton Town Council for raising the Progressive Pride flag on the town’s flagpole for the week before it took place.

Alan said: “This year’s festival was a great celebration of the diverse community in the Crediton area. The Tindle stand looked great and Jonathan Nicholas, Devon Tindle merchandiser and Morrisons Crediton community champion Mandy Fosbrooke offered festival goers a Morrisons gift bag with a copy of the Crediton Courier, along with a bottle of water, air freshener, a book of old images of Crediton and leaflets, which were greatly received by those attending.

“It all went very well. We had two intern reporters and two intern photographers present from Crediton Youth Club, who interviewed a number of people and produced a page of pics and a new story, which ran as part of a double page spread in the Courier.”